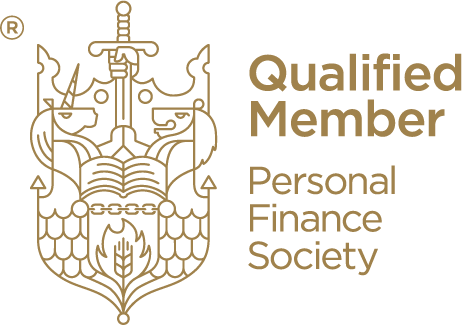 Gill joined the financial services industry in 1985 as a pensions administrator for Clerical Medical. Once she started to see how mathematics and people interacted and how prudent planning could create great outcomes, she realised that this was the career for her.

Gill then moved to an independent insurance brokering and financial advice firm in 1987 and was made a partner in 1994. She took over running the team in 2000 and was then involved in the sale of the group business in 2005.

Following the sale, Gill took on the role of Regional Director South West at Oval Financial Services. The role was extended to cover the whole of the South region in 2010, where she remained until the business was taken over by Gallagher in 2014 and her role became redundant.

Pensions are her first love, and she still enjoys the legal and legislative complexities and challenges they can present.

As well as being part of the team running the business, Gill is still active as an adviser and advises both individuals and businesses. She loves problem-solving and the opportunity to help clients create financial order out of chaos.

Gill has advised on our Employee Life Assurance Scheme since 2010 and I cannot recommend highly enough the quality of service provided. We formerly spent a few years without the services of a Broker and Gill made an immediate commercial impact when she was appointed.

What does “Chartered Financial PlannerTM” mean?

Fellow of the PFS

What does “Fellow of the PFS” mean?

Gill is a Fellow of the Personal Finance Society (PFS) – the highest designation awarded by the PFS. Completion of the Fellowship programme shows that she has attained and maintained the most prestigious level of professional financial planning achievement.

What do you enjoy most about your job?

I love the behavioural side of the job, helping people to become financially organised, savvy and confident about their future.
On the corporate side, it’s about creating frameworks to suit company owners and staff and helping businesses to articulate the value of their benefit programs.

One thing that is guaranteed to make your day better…

A good run out in the fresh air when the sun is shining, it’s not too hot, and tree pollen season has ended.
A good deadlift session at the gym. Or seeing a plant that I have nurtured from a seed or a cutting taking root and growing.

Tell us something people may not know about you…

I was the first person in the UK to arrange a critical illness policy for more than £1 million (a long time ago!).

How do you like to spend your time outside of work?

What is one personal rule that you never break?

What would your specialist subject be on Mastermind?

Visual identification of birds of Southern Africa, or Tudor Queens.

You can find out more about which cookies we are using or switch them off in settings.

This website uses cookies so that we can provide you with the best user experience possible. Cookie information is stored in your browser and performs functions such as recognising you when you return to our website and helping our team to understand which sections of the website you find most interesting and useful.

Strictly Necessary Cookie should be enabled at all times so that we can save your preferences for cookie settings.

If you disable this cookie, we will not be able to save your preferences. This means that every time you visit this website you will need to enable or disable cookies again.

This website uses Google Analytics to collect anonymous information such as the number of visitors to the site, and the most popular pages.

Please enable Strictly Necessary Cookies first so that we can save your preferences!